The mere breach by the promoter of his obligation to guarantee by means of an insurance the return of the quantities anticipated by the purchasers, in the case that the construction does not start or does not arrive at a good end, does not constitute a crime of misappropriation. Nor shall such qualification have the conduct of the promoter consisting in receiving such advances, but not through a special account created for that purpose in a banking entity.

This has been determined by the Plenum of the Criminal Chamber of the Spanish Supreme Court in a non-jurisdictional agreement, unanimously approved on May 23rd.

Both obligations are foreseen in section 1.1 of Additional First Provision of Law 38/1999 on Building Management, which was introduced by Law 20/2015.

The criterion established by the Supreme Court has already been expressed in its judgment of June 5. In it it emphasizes that the breach of the obligations of the Additional Provision will give rise to the corresponding administrative sanctions.

However, in order for an offense of misappropriation to be assessed – article 253 of the Criminal Code (CP) – it is necessary that the promoter who receives the anticipated amounts has given them a destination different from the one for which they were received – housing construction – and, moreover, it must be proved that this destination is final. That is, there is a point of no return in which the buyer neither will recover the money nor receive the house.

“What matters is whether it is proven that the author has received the money to use it in construction, and that he has not destined it for that purpose, no matter what the concrete use of it,” says the reporting judge of the judgment, Judge Colmenero Menéndez de Luarca. 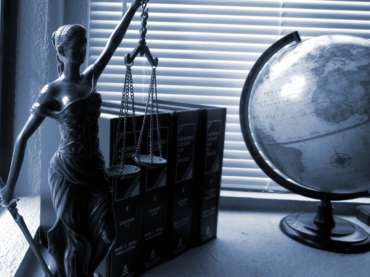 The non-jurisdictional agreement adds that when the amounts delivered to the promoter have not been used for the construction of the dwellings committed with the purchasers, a crime of fraud can be detected – if the elements of the type concur, including a decisive deception – or an offense of unfair administration (article 252 of the Spanish Criminal Code).

Following the reform of the Penal Code of 2015, a more disloyal administration of unlawful administration was created, since the limitation to the corporate sphere and to specific modalities of conduct was abolished and now “reaches any person who has the authority to administer the foreign patrimony “Explains the Supreme Court.

In this way, those who having the authority to manage a third party’s assets, emanated from the law or assumed through a contract, violate them in the exercise of the same, causing damage to the assets of the manager, will be punished.

Finally, the ruling concludes that there is nothing to prevent facts such as those described above from being considered as a scam if the advances were received by deceiving the buyers, without there being any real intention to comply with the legal provisions.