It is recognized that if there is a science with great advances over the last few years, it is medicine.

The advance in medicine is so significant that every day more and more the patient has more security as for the effective and positive result of the healthcare provision to which he or she is undergoing.

Another issue to bear in mind is that thanks to public medicine in Spain, a huge number of people are treated within a public health system subject to the consequent pressure of care.

I understand that these are some of the causes that may explain the significant increase in claims resulting from healthcare activity.

Through this brief article we want to outline the legal treatment of medical liability, although it should be clear that it is a very complex matter and with many case studies where the knowledge and experience of the legal professional to whom you consult will be determinant of a good result, since, we insist, the complexity and depth of the matter.

We don’t want to end this section without affirming that what we expose here is applicable to the liability that any health professional may acquire.

WHEN CAN WE TALK ABOUT AN ILLEGALITY IN HEALTH CARE?

Only in a few cases of cosmetic surgery does this principle not come into play.

There are three requirements or assumptions of any good medical practice.

1.- The lex artis or conformity with the scientific knowledge of each moment.

So that only an action that has not taken into account this assumption or that even if having committed excessive damage or missed opportunities can be considered illegal.

2.- The informed consent presupposes information assumed by the patient about the risks and incompatibilities he assumes with the surgical healthcare he accepts so that the harmful outcome if it occurs was possible and accepted.

3.-The absence of a harmful result effect of medical care alien to the lex artis so that a cause-effect relationship can undoubtedly be established between the medical action and the result.

A professional in law must take note of these three assumptions so that if these presumptions  take place, he should dissuade the client from starting any kind of judicial claim, always expensive, and also harmful because we must not forget that the client who claims for a medical injury is a person emotionally affected, apart from physically. Therefore a professional can’t give expectations to the patient, if the patient doesn’t really have them.

As most recurrent cases of medical negligence we name the following:

False diagnosis; diagnosis delay; Delays in waiting lists; Lack of informed consent; Errors in treatments or surgical interventions; Infections contracted in the hospital; Lack of patient’s follow-up; among others.

Of course, in our long judicial activity in Alicante, these are the most common cases concerning medical liability.

WHICH WAY TO CHOOSE?

A second question that should be raised by the legal professional once the first one we have seen above has been avoided is what type of claim to make and which jurisdiction is competent.

Regarding the proper jurisdiction, there is no doubt that is already clear that any claim that has as an object a medical malpractice in the field of the Social Security, the competent jurisdiction will be the administrative.

This liability field of the Public Administration will require as a preliminary assumption the liability claim through the administrative way to the Public Administration and only after the stipulated legal terms and not having reached an agreement is when this will leave clear path to go to the Administrative Court with the sort of procedure according to whether it exceeds or not 30,000 euros which is what delimits a Summary proceedings from an Ordinary procedure with its peculiarities in its processing.

Apart from this, we will have civil or criminal proceedings for cases in which it is understood that the liability of the physician has been so negligent that it constitutes a crime.

AGAINST WHOM SHOULD THE COMPLAINT BE FILED?

Whoever has to be the object of this judicial claim for medical negligence is a question that deserves greater treatment than the one we are going to do here in this text, which is only intended to be a schematic illustration that can serve as a first orientation.

The liability we are discussing may be qualified as contractual and/or non-contractual, with the possibility of both figures.

Normally, whenever there has been a professional in charge of medical practice, he or she will be the first to be addressed, although it should be noted that when this professional has worked in the field of Public Administration or Social Security Management Bodies, the State will be the main liable party, having to face a civil liability procedure for the malfunctioning of public services.

In these cases the way is the administrative and the client will have to claim through this way to the Administration initially without prejudice that once he has to lodge an administrative appeal, he can also direct it against the practitioner.

In the case of professionals who provide integrated services (although in an autonomous and independently way) in healthcare insurance companies or entities whose names immediately come to mind, it can be said that apart from the medical practitioner, the entity or company may be also sued occasionally; and in others, as it happens with the Social Security claims, it will be possible to claim directly to the entity and company without the need to without the need to claim against medical or sanitary employees.

An important issue is the evidence that can be used in procedural practice to prove medical malpractice or negligence.

The principle that that prevails in Spanish law with regard to obligations, and we should not forget that we would be in this field, is the one that must prove who demands a compliance or the existence of an obligation.

Within the framework of medical damages both from the point of view of contractual negligence and non-contractual negligence, the principle that governs is the one already mentioned, although it is very moderated by the Courts due to the recognition of the difficulty which in this type of claims is to act in defense of some rights being unfamiliar with this area of medical knowledge. That is why it has been mitigated by the requirement that it should be the doctor or practitioner who proves that he has acted with lex artis and with informed consent to prove his lack of liability.

In this regard, if the legal action undertaken is criminal jurisdiction, the evidence that can be used by the complainant is broader than in any other jurisdiction because in this matter the judge has the power to propose evidence and the first thing that will be done is the examination of the evidence through a forensic doctor.

In our extensive experience in the Courts and Tribunals of Alicante, we have been able to verify that both the Judge and the Public Prosecutor’s Office are usually favorable to the examination of the evidence proposed by the parties.

This is an advantage of this jurisdiction, in which apart from the personal medical expert that we must undoubtedly provide, we will also have the expert’s report of the forensic doctor, and all of this without prejudice to the fact that the driving action of the procedure that corresponds to the Judge will generate the examination of other evidence whose scope is more complicated in other jurisdictions. For example the investigation through witnesses that must testify in a mandatory way and in this field all the professionals that have had to do with the case declare.

All of that will undoubtedly result in a greater degree of evidence than can occur in any other jurisdiction when claiming for medical malpractice.

As essential probative means in all the jurisdictions and that must be used by the claimant, two of them stand out being one of them the medical history and the other the medical expert evidence and this without prejudice to any other evidence such as the patient himself, witnesses, etc.

One last question that can’t be omitted and that generates many failures in the administrative jurisdiction system is that in this system the services of a forensic doctor cannot be used, instead the party must bring its own medical expert’s report.

TYPES OF DAMAGE AND THEIR ECONOMIC VALUATION

An essential question when making a claim for medical liability is to have a clear idea of what to claim, since if it is clear it will be translated into economic terms and it is no less important for us to know what concepts are being claimed.

When we speak of damage, either this damage is caused by loss of profits, or by expenses that must be borne and all as a result of medical negligence.

When it comes to assessing these concepts, it is inevitable to have to resort to the scale that is applied in traffic accidents and that is updated every year through the BOE (Spanish Official Gazette). In this rule there is a scale of compensations that takes into account all those that can happen without ever including moral damages.

The moral damages will also be claimed, but this is a point in which there are two clear issues, one that is discretionary matter of the Judge and a second issue whose quantification is neither planned nor considered, so the Judge must decide it, although it is clear that years of practice of the Courts and Tribunals have been defining some amounts that are usually used as a reference.

In some cases, more than for physical damages, the claim is filed for what is considered moral damages or for economic losses related to the physician’s action (loss of profit).

STATUTE OF LIMITATIONS ON LEGAL CLAIMS

The period to claim before the Court for medical malpractice is 1 year from the death or stabilization of the consequences for the exercise of administrative action and civil action if the claim is non- contractual.

If the claim is civil but derived from contractual liability, the term will be 5 years for the same circumstances mentioned above.

Carlos Baño León Lawyers of Alicante has offered you through this article brief information about a subject that is very important and that generates many lawsuits.

We have only wanted to guide you slightly on a subject of considerable complexity and importance.

Do not hesitate to contact us if you need specific advice on this matter. With many years of experience and professionalism, we apply the most updated knowledge in this field with regard to legislation and case law. 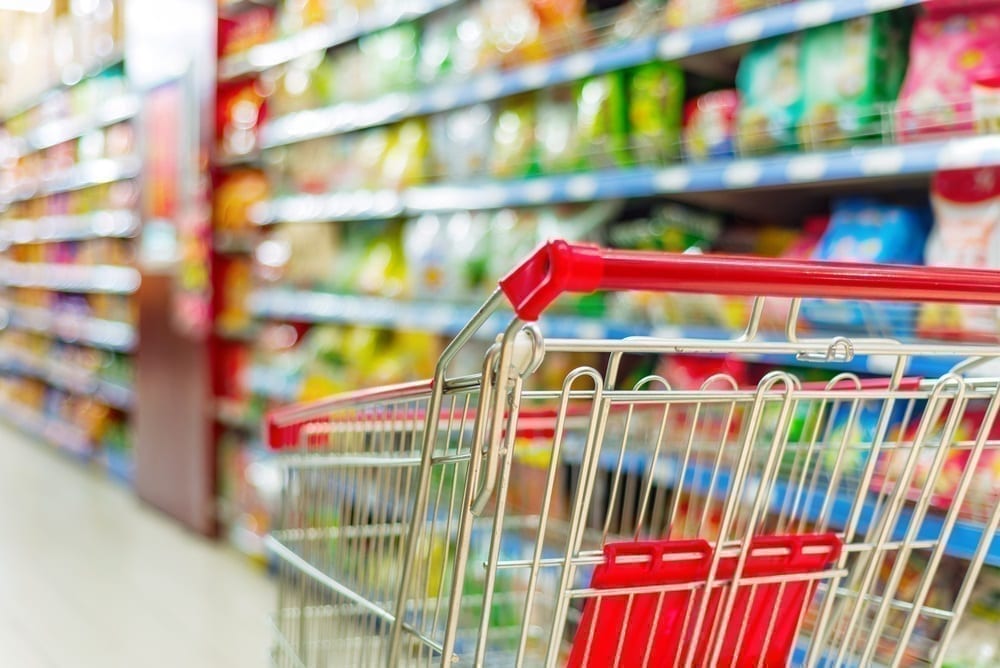 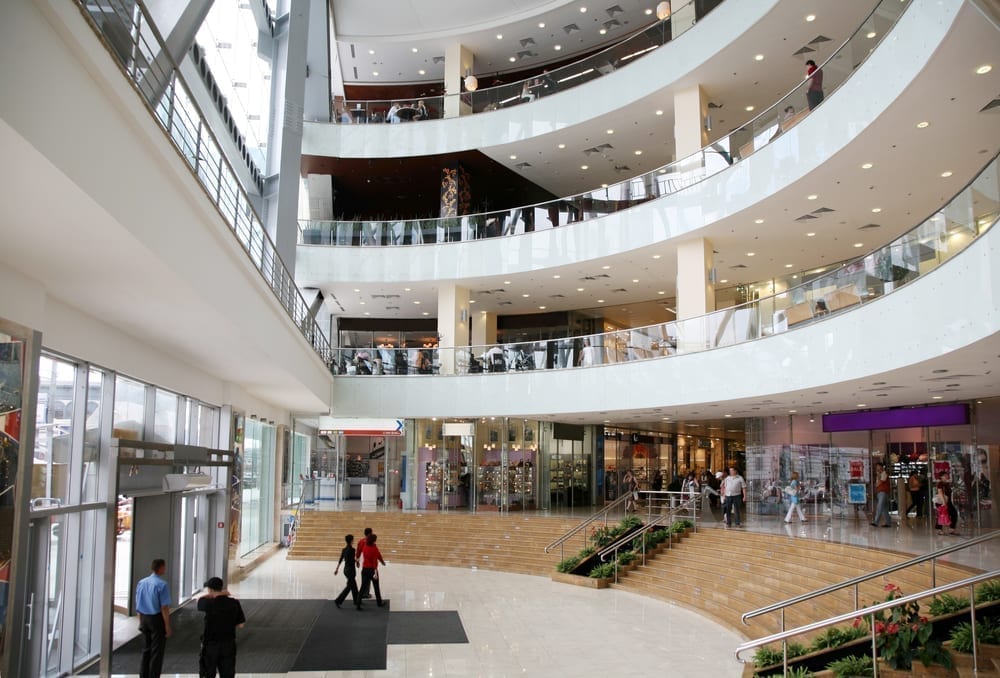